At the entrance to the Lost City of the Tairona in the Sierra Nevada de Santa Mara there is the “mapstone”, but it has never been clear what is being mapped. 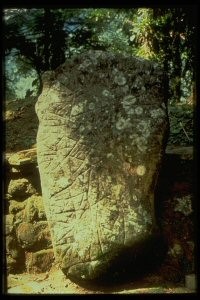 Can we learn from the Kogi what it really signifies?

Alan Ereira will tell us what he thinks it is and how it connects to the indigenous campaign to reshape the map of northern Colombia with the Black Line.  His talk will also cover the significance of indigenous mapping and its importance as a way of understanding the world.

Alan will be in conversation with two leading environmentalists, Bob Gilbert, author of Ghost Trees (2018) and Candace Fujikane, author of Mapping Abundance for a Planetary Future (2021). 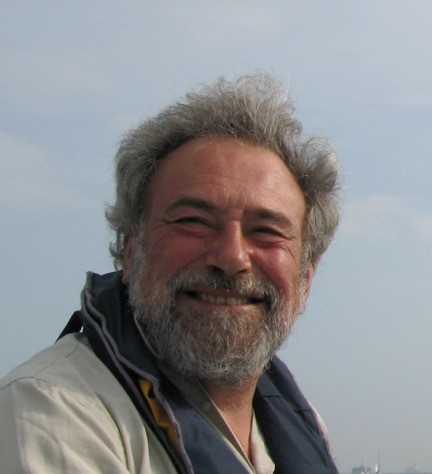 Just by way of background - in 1976, Colombia announced that a large “lost city” older than Machu Pichu had been found just 24km from Santa Marta, the oldest colonial city of the Americas. The colonisation and history of the country has been developed by mapping discoveries, conquests and land “ownership”. The settlers had justified the takeover of indigenous land from the Tairona inhabitants by claiming a higher level of civilisation, science and ambition.

At the entrance to the Lost City archaeologists found the ‘mapstone’  but they could not, and still cannot read it. It contains cartographic information they still lack. The question “how do you lose a city” goes to the heart of their different understandings of reading landscape. The mapstone was constructed on different cartographic principles from the invaders’ maps, and those principles underlie the efforts of the Tairona’s descendents to protect and defend the earth from what is being done to it.

The Kogi understand the mountain as a precise and connected macrocosm of the planet. They see it as part of a transcendental living being and they map the interconnections and nodal points of its biology. Their offerings are a form of earth acupuncture for the health of their ancestral territory – and ours.

But now the Kogi find themselves having to defend their work against the plunder which is destroying the capacity of the world itself to sustain life. They need to negotiate their right to protect the mountain and the world, and to do that they have invented a new mappable concept – the Black Line that is meant to separate their world from ours, to prevent ecological catastrophe. So they have mastered our GPS mapping system and bent it to their own use, in legal and constitutional struggles and in teaching us how to read landscape. At the same time they reject the role of official cartography in so far as it has been used as a tool for exploiting the land and digging out the substances of life from the earth. 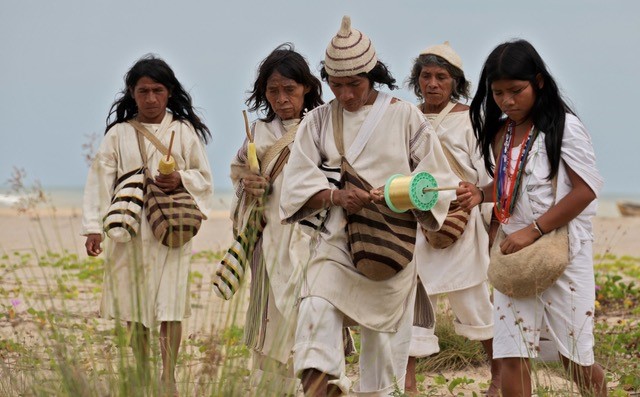 So make a date to catch this important audio visual presentation from the LivingMaps Network. It's  at 1800 on Wednesday 16 March 2022 and you can find the link on the Living Maps website - Living maps.org. It's under forthcoming events/Owning the Map and it's free to access.  Hope you can join us!